Cult band Dead Can Dance in Riga this autumn 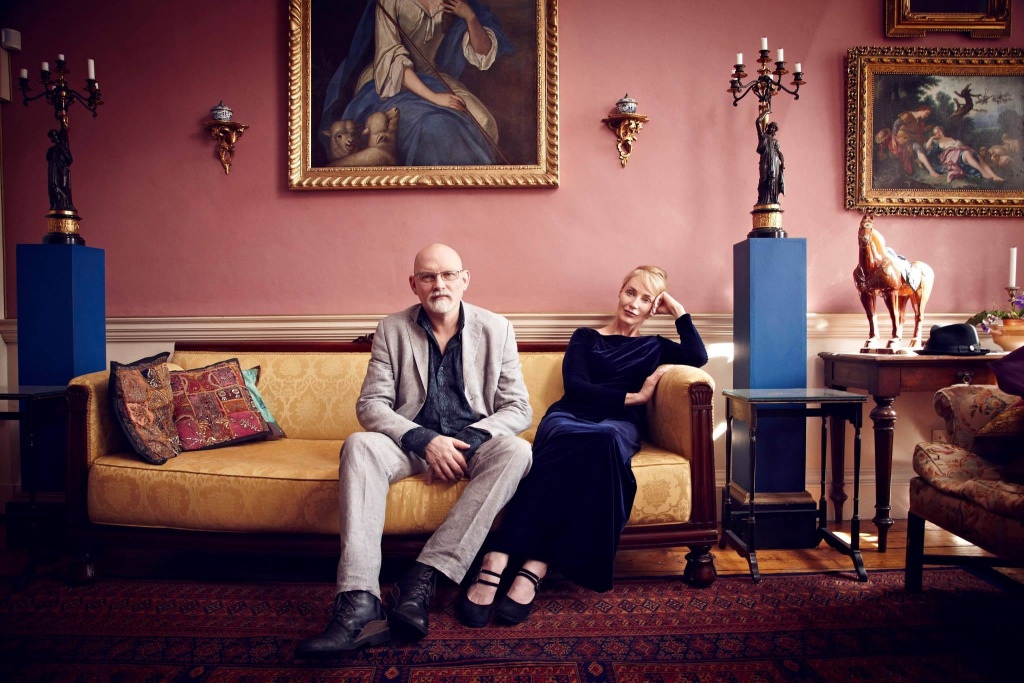 On October 31st, the legendary duo Dead Can Dance will perform with a concert at Arena Riga amphitheater. This long-awaited musical meeting will take place during the band’s support tour to their latest album, Dionysus.

Throughout their creative work Dead Can Dance combine elements of European folk music – particularly music from the Middle Ages and the Renaissance – with ambient pop and worldbeat flourishes. Their songs are of lost beauty, regret and sorrow, inspiration and nobility, and of the everlasting human goal of attaining a meaningful existence.

No doubt, that alonside to Cocteau Twins, Dead Can Dance have left very important footprint in development of indie music.

Soon after founding in Melbourne in 1981, Dead Can Dance, whose core to this day consists of a unique soloist (voice range from contralto mezzo-soprano), musician and composer Lisa Gerrard, and soloist, multi-instrumentalist Brendan Perry, moved to Britain, where they gathered first recognition under wing of indie music label “4AD”.

The debut self-titled album was reelased in 1984 and since then total 9 studio albums have been presented to the listeners. Their 1996 album Spiritchaser gathered the greatest recognition reaching No. 1 on the Billboard Top World Music Albums Chart.

The story of band’s latest album took shape as Brendan Perry became fascinated by long established spring and harvest festivals that had their origins in Dionysian religious practices throughout Europe. Dionysus brings to the fore the rites and rituals that today continue to be informed by the Greek god, with the album’s seven movements representing different facets of the Dionysus myth and his cult.

Between Dead Can Dance’s creative hiatus, both Gerrard and Perry focused on their individual projects. Both have released several solo albums, but Lisa has gained more recognition in the field of film music (Golden Globe for “Gladiator” original sountrack co-written with Hans Zimmer or vocal contribution in some of Ennio Morricone’s pieces), as well as electronic music projects (Klaus Schulze, Orbital, Delerium, The Future Sound Of London).

However, the reliable band’s followers have no doubt that only the interaction of the two talents has the magic of Dead Can Dance’s unique sound. Every visitor of the October 31st concert will have a chance to see and hear it for him-/herself. The set-list includes both the most significant compositions of the latest album and a selection of best pieces created during more than 40 years.